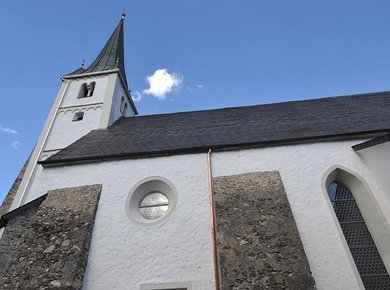 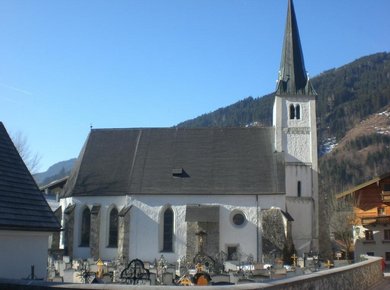 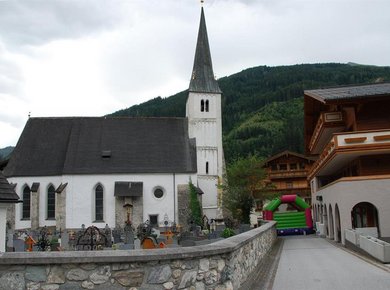 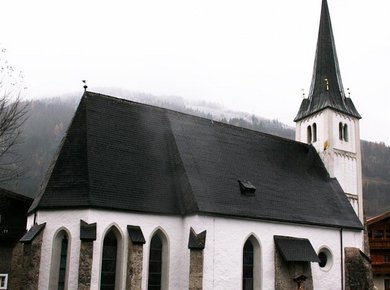 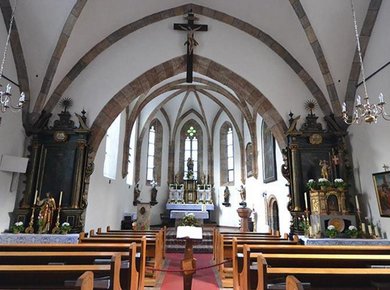 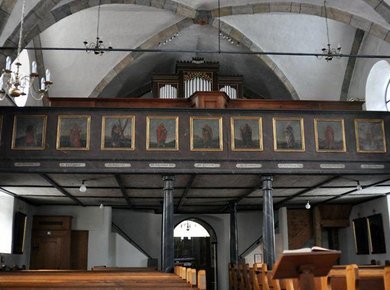 
The church is consecrated to both patron saints of Salzburg, St. Rupert and St. Virgil. The parish church was mentioned in 1350 in a Chiemsee document, which can no longer be found.
The church was at that time a daughter church of Gastein parish church. In 1455, a foundation financed a visiting priest, and as a consequence of the Counter-Reformation, and after the great expulsion of the Protestants, the formation of an apostolic vicariate came about in 1735. Since 1857, Dorfgastein has been its own, independent parish.

The church with its characteristic, crooked steeple and the Gothic architecture is among the oldest historic buildings in the valley. The tower, with rounded arch and acoustic windows in the upper story, had to be reinforced with a retaining wall in 1616, because it was already beginning to lean severely towards the northwest. We unfortunately do not know who the architect was.
The high altar inside the church has been remodeled several times. The jewel of the parish church is the late Gothic Madonna, created in 1460.

It shows the Virgin Mary with child on a crescent moon. In 2001 parts of the church were renovated.