The skating rinks in Gastein guarantee fun for big and small. And the magical scenery of the surrounding Hohe Tauern peaks adds a very special touch to your ice-skating experience.

For the kids especially, ice skating in Salzburg province is a welcome change of pace from skiing. They can improve their sense of balance and have all kinds of great fun in the process.

The Origin of Ice Skating

Ice skating wasn't invented here in the Alps. In fact, it came originally out of the Netherlands. There, messengers would strap blades to their wooden clogs, allowing them to glide more quickly along the frozen canals. In Nordic countries, speed skating has long been a very popular sport.

It was in cities, where there are few open expanses of ice available, that figure skating developed. And in the 19th century, ice hockey was invented in Canada.

We invite you to discover ice skating during your next winter holiday here in Gastein, Salzburger Land. 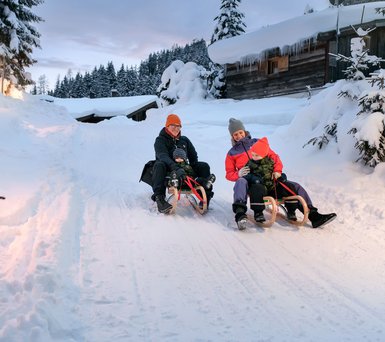 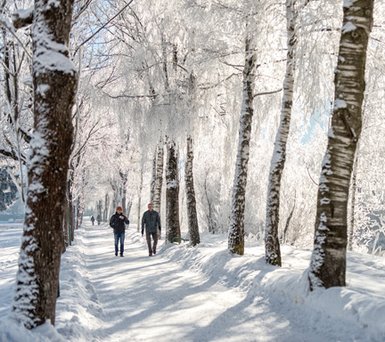 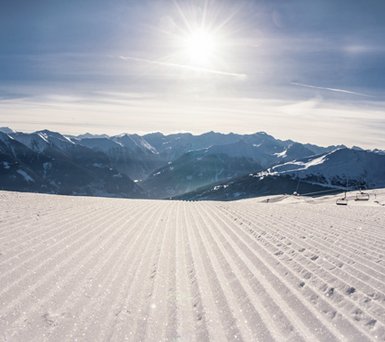 Snowbiking
Snowbiking
Slice down the pistes on a snowbike.
learn more